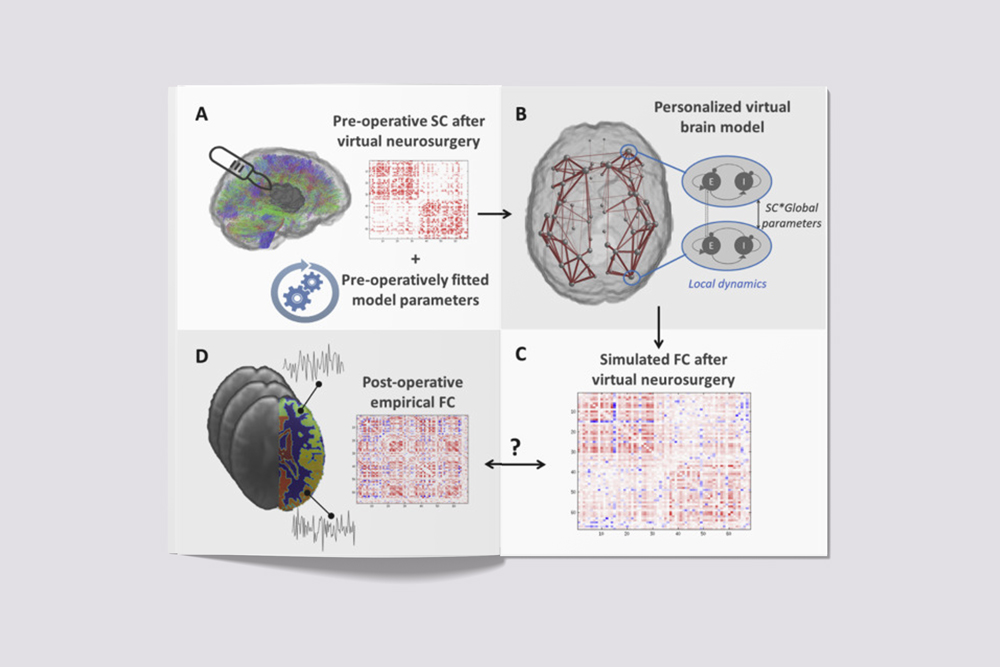 Brain tumor patients scheduled for tumor resection often face significant uncertainty, as the outcome of neurosurgery is difficult to predict at the individual patient level. Recently, simulation of the activity of neural populations connected according to the white matter fibers, producing personalized brain network models, has been introduced as a promising tool for this purpose. The Virtual Brain provides a robust open source framework to implement these models. However, brain network models first have to be validated, before they can be used to predict brain dynamics. In prior work, we optimized individual brain network model parameters to maximize the fit with empirical brain activity. In this study, we extend this line of research by examining the stability of fitted parameters before and after tumor resection, and compare it with baseline parameter variability using data from healthy control subjects. Based on these findings, we perform the first “virtual neurosurgery”, mimicking patient’s actual surgery by removing white matter fibers in the resection mask and simulating again neural activity on this new connectome. We find that brain network model parameters are relatively stable over time in brain tumor patients who underwent tumor resection, compared with baseline variability in healthy control subjects. Concerning the virtual neurosurgery analyses, use of the pre-surgery model implemented on the virtually resected structural connectome resulted in improved similarity with post-surgical empirical functional connectivity in some patients, but negligible improvement in others. These findings reveal interesting avenues for increasing interactions between computational neuroscience and neuro-oncology, as well as important limitations that warrant further investigation.