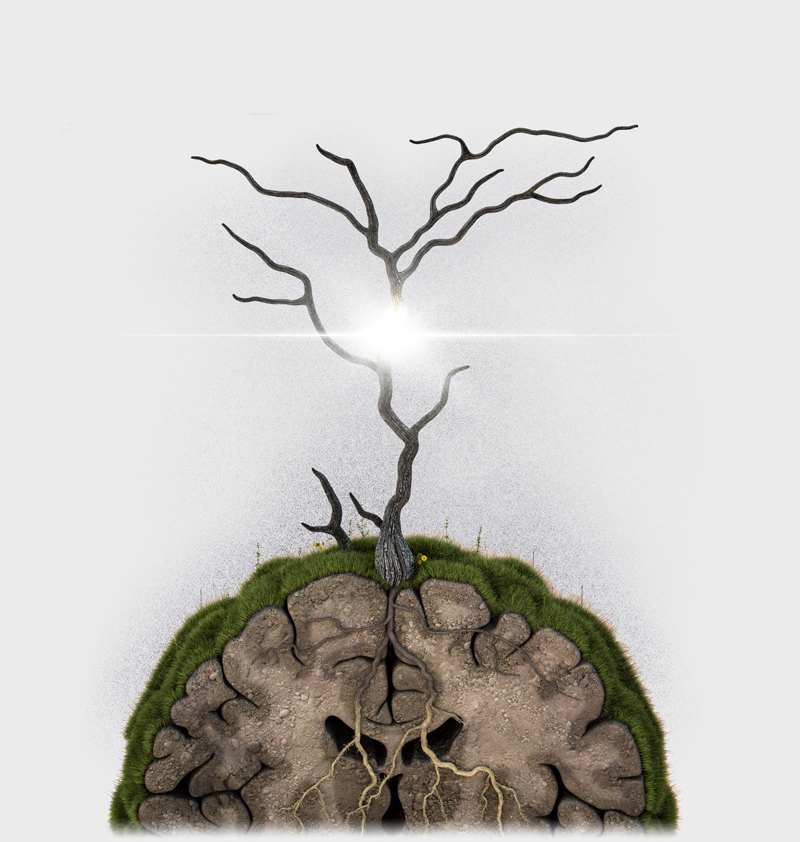 The brain transforms neural representations to build a new framework of prior experiences, and then maintains these representations over time. This evolution of brain states is what we refer to as memory consolidation. At present, no consensus exists as to the processes, brain areas, and transformations involved. Even more crucially, a theory of memory consolidation, which can be used as guide to further research into memory or treatment strategies for patients with memory disorders, is lacking. This is because most researchers work on a particular aspect, brain area or species, whereas memory consolidation is a distributed phenomenon in both time and space. In this collaborative research center (CRC), we aim to address these fundamental problems by bringing together researchers working on converging principles and mechanisms thought to underlie memory consolidation in the many different participating brain areas, and working across different species, from flies to birds, rodents, and humans.

The CRC will take a theory-driven approach to mechanistic models of memory consolidation. To do so, we will tackle many as yet unresolved issues including: i) the contribution of the medial temporal lobe structures to memory consolidation; ii) the flow of information within this memory loop and the significance of the layer specificity of projections; iii) the emergence of memory engrams and the distributed nature of memory; iv) causal mechanisms, from synaptic to systems consolidation through multiple scales; v) the role of oscillations in memory consolidation, including the role of sleep. In addition to investigating these fundamental questions in animals, we will also investigate memory in humans. Here, we will perturb memory (e.g. direct current stimulation and lesions) and take advantage of existing memory dysfunctions (e.g. aging and acute memory loss) to gain insights into what affects and possibly even enhances memory consolidation in healthy and unhealthy brains. The results will elucidate mechanisms and processes underlying memory consolidation, and how memory disorders and aging interfere with these.

The majority of the CRC’s 24 laboratories are affiliated with the Humboldt-Universität zu Berlin (HU) and the Charité – Universitätsmedizin Berlin. Groups from other research institutions in Berlin, Magdeburg, Seewiesen, Frankfurt and Greifswald are also integrated.

The diversity of groups allows us to employ a diverse range of methodological approaches, from electrophysiological recordings and imaging in vivo, to EEG, through to fMRI/PET, which will be complemented by specialized service projects for optogenetics, delivery of tailored constructs for viral transfection, and custom-made behavioral devices and facilities for testing memory consolidation in behaving animals.

Ultimately, the CRC aims to produce a general theory of memory consolidation based on a consistent mechanistic explanation of consolidation from synaptic to systems scales.